I had a few false starts with this "last official blog post" that I announced way back in October with this post here. The plan was to write my last post on the five-year anniversary of the blog, "Survivors Can Thrive!" This anniversary was November 14, 2010. But, life had other plans and I had a car accident on November 12, and then surgery for my injuries.

I thought about a few different things I would write for this post. Then, I had a little get together with a group of my friends that we sometimes call the "going deeper" group. It's a group of people that tend to have very little tolerance for idle chit chat and bullshit. We like to talk about "deep things." During our last get together, we drank wine and read each other our own obituaries that we had written for ourselves. Here is what mine said:

"The major accomplishment in the life of Marj McCabe was breaking the cycle of abuse. It was a cycle of child abuse--sometimes insidious, always heinous--that she was forced to inherit and had gone on for generations on both sides of her family of origin. Although this accomplishment took the excruciating work of therapy for much of her adult life, she never could have done it without the patience and love of her amazingly supportive husband. She never would have embarked on the perilous journey in the first place, had it not been for the immense love she felt for her own offspring. And while it never received the fanfare or recognition of other achievements having such great potential for positive impact on future generations, Marj could grasp its significance. And for her, it was enough."

Since writing that "obituary," I've thought a lot about just what is enough for me. One of the main reasons I started writing a blog is to find meaning for the abuse I suffered as a child. I'm not sure I've done that, but I have done a lot.

It was a very different world just five short years ago. Blogging was fairly new. When I first conducted a Google search with key words like"survivor," "thriver," "thrive," etc., I found very little out there. Most of the mentions about "survivor" were for the popular network television show of that name. Most of the results for "thrive" were for the insurance company who uses that word as a slogan in it's advertising campaigns. There was absolutely nothing when I looked up "thriver."

So, I got to take that name. I became Thriver. I used it on message boards and in forums, and I was the only one using that name when I first joined Twitter.

In the last five years, many more blogs and websites have started up about surviving and even thriving after child abuse, sexual abuse, sexual assault and rape, domestic violence, etc. Many books have been written on these important subjects. Many of us have been out there raising awareness and acting as advocates. There are some great advocates linked on Twitter, if you care to follow them as I do.

Another thing I've accomplished over the last five years was founding and growing The Blog Carnival Against Child Abuse. In June of this year, it will also be celebrating a five-year anniversary. I feel really good about that. Although I no longer maintain the carnival, it is going strong. You can follow it by clicking on the many links on the handy blog carnival widget you see on my sidebar.

So, what I'm doing now (in addition to the ongoing, ever-present therapy work) is taking classes and working on my certificate in botanical illustration. You can read about this dream of mine which is coming true in these posts here and here.

Yes, I'm finally following a dream of mine that I first had when I was an art major in college, 30 years ago. And, yes, I'm moving on with my life.

I guess it finally doesn't matter whether or not I find some "hidden meaning" for my abuse. I guess I've decided that finding meaning in my LIFE is enough. Going on with my life (after evil people tried to break me) is enough. Living a full life is enough. Enjoying a life of meaning and fulfillment is enough. All these things are more than enough for me. And I'm okay with that. 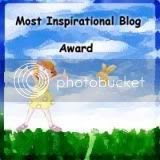